Krav Ma-huh? Although the self-defense system of Krav Maga has existed for over 60 years, it has only begun to find a wider following in the last decade. Krav Maga is Hebrew for “contact combat” and originated as a hand-to-hand fighting system taught to the Israeli army. It emphasizes techniques that appear crude and brutal compared to more elegant martial arts, but it was never meant to be pretty. The entire focus of Krav Maga is finishing a fight quickly and surviving the encounter, by any means necessary.

With more fitness centers and martial arts schools around the country offering Krav Maga training, here are five reasons you should consider checking out a local class.

Krav Maga techniques emphasize fights the way they might occur on the street, with a sudden punch or grab from behind. Because anything goes for someone trying to harm you in a street attack, Krav Maga training reflects that. Students practice techniques deflecting ambush attacks, multiple attackers, and even facing opponents armed with weapons. 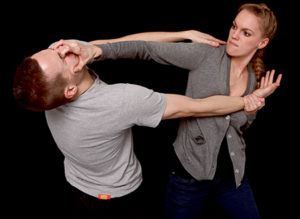 A one-hour training class will burn plenty of calories. And if you are the type of person who enjoys an adrenaline or endorphin rush, you will enjoy Krav Maga immensely. A typical class starts with some physical conditioning to warm up, and moves quickly into practicing techniques and sparring. A good class will leave you tired, exhilarated, and a little sore.

3. Krav Maga is not difficult to learn

There is no “wax on, wax off” here. With a mandatory draft on all citizens, the IDF needed a system that could be learned quickly, employed by people with varying degrees of physical fitness, coordination, and builds. The founding father of Krav Maga was Imi Lichtenfeld, who systematized a combination of techniques he had learned in boxing and wrestling, combined with street-fighting skills he had picked up defending himself and others against anti-semitic groups in Bratislava in the 1930s. He made a system that is relatively simple but effective.

4. Krav Maga is based on instinctive movements

Krav Maga techniques have been refined from natural reactions, working with ways the body tends to move when under attack. With practice, the Krav Maga movements become part of those instinctive reactions, which means that if you ever really need to use it, you won’t be getting pounded while trying to remember if the elbow strike or palm strike should come first.

5. Krav Maga can be learned quickly

Krav Maga met a requirement for IDF training for a hand-to-hand combat system that would not take many weeks or months to learn, and which would stay with the trainees long term. Thus a new student can become proficient at Krav Maga in just a few months while taking 1-2 classes per week.

In addition to schools specializing in teaching Krav Maga, gyms and fitness centers have begun adding classes to the more familiar rounds of spinning and kickboxing. If getting in good physical shape and learning how to survive and win a street fight sounds appealing to you, look for one of these classes near you.