What Is Korean Yoga

What Is Korean Yoga?

Yoga is a several thousand year old tradition that has pervaded multiple countries and cultures, evolving and branching into numerous subgroups and styles. Although the roots of the practice are in South Asia, mainly inside of India, there are major schools of yoga across the globe. One very divergent method of practicing yoga is the Korean technique. Avoiding most of the traditional poses inherent in Indian hatha yoga, Korean yoga more closely resembles Zumba and Tai-Chi in certain aspects. 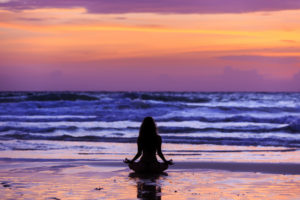 Korean yoga is a very movement-oriented practice that focuses on physical vibrations, self-stimulation, and muscle bouncing. Warming up consists of fist-beating on the belly to build inner heat while bouncing knees up and down. Massaging and slapping the core organs is another method of warming up, followed by the same down the arms and legs. After the whole body is tingling with energy, the line between Korean yoga and tai-chi begins to blur.

Next comes bouncing in horse pose and moving your arms in circles to stretch the shoulder joints while still carefully breathing. Side-angle bends, arm and thigh stretches, and balance work typically follow. Another activity is deep pelvic rotations that help the whole back and hips. Intestinal exercises are also very common, flexing the abs repeatedly for several hundred repetitions that cleanse the intestines and work the stomach muscles.

Another common occurrence within the practice of Korean yoga is just dancing in freeform, expressive, ways that transcend genre or boundary. After the muscles have been stimulated, warmed up, and stretched, this loose activity allows for the individual to focus on parts of their body that they feel need improvement while enjoying themselves in a relaxed yet upbeat atmosphere. Stretching is not as important during this phase of Korean yoga as is cardiovascular health, energy level, and self-knowledge.

One of the most converse traits of the Korean yoga practice, when compared to more traditional and mainstream schools, is its involvement with personal philosophies, self-empowerment techniques, and overall mental health. The rigid meditation tactics encouraged by Korean yoga are emphasized much more than at other studios. These sessions typically concern a few chakras, recognizing the sensations of energy, and releasing thought. Furthermore, sharing is the normal conclusion to any group practice, and topics can range from the previous class to any tragedies or other events in the student’s life.

An interesting integration into most Korean yoga is the inclusion of tai-chi. In fact, most studios dedicate at least one day a week to exclusively teaching tai-chi. Incorporating different approaches, including elemental methods and breath techniques, the melding of yoga and tai-chi is unique and effective.

While Korean yoga doesn’t generally contain many of the staples of the more widely accepted Indian schools of yoga, it is still capable of offering a sufficient workout and life-empowering experience. Though some may not consider it “true yoga,” or intense enough for their purposes, Korean yoga is a unique and gentle way to keep the body young and healthy. If you’re looking for an easy way to begin yoga or seeking a lightweight method of upkeeping your practice in a novel manner, taking classes at a Korean-style yoga studio can be a very rewarding experience.